The Acura NSX is a bold look at the future of Acura and epitomizes the goal of the brand to create a perfect synergy between man and machine. The new Acura NSX is a supercar full of ideas unique to Acura. While the production of the original NSX ended in 2005, it is now time to introduce this worthy successor to one of the most iconic supercars ever produced.

To achieve this, the NSX requires some important traits: unbridled performance, race-car-comparable handling, and a new level of environmental responsibility. The NSX accomplishes this by making use of lightweight materials and a twin-turbocharged V-6 gasoline engine paired with a twin motor unit and an all-new hybrid all-wheel-drive system to deliver unmatched performance and handling combined with improved economy.

While most supercars take the route of brute force with a gross expression of power displayed in large displacement engines, the NSX relies instead on an extremely lightweight body and an optimized power-to-weight ratio to improve performance, a philosophy championed by true race cars:

"Like the first NSX, we will again express high performance through engineering efficiency," said Takanobu Ito, President and CEO of Honda Motor Company. "In this new era, even as we focus on the fun to drive spirit of the NSX, I think a supercar must respond positively to environmental responsibilities."

Today, Silverhill Acura in Calgary is among the first Acura dealers in Alberta to offer the new Acura NSX for sale!

We are the premier luxury car dealer for Calgary, Airdrie, Okotoks, and Cochrane, Alberta. Browse the Acura NSX vehicles we currently have in stock. 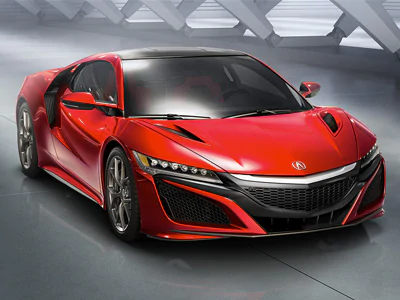 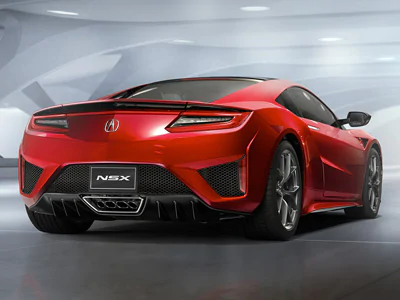 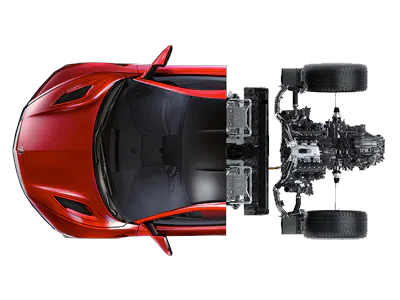 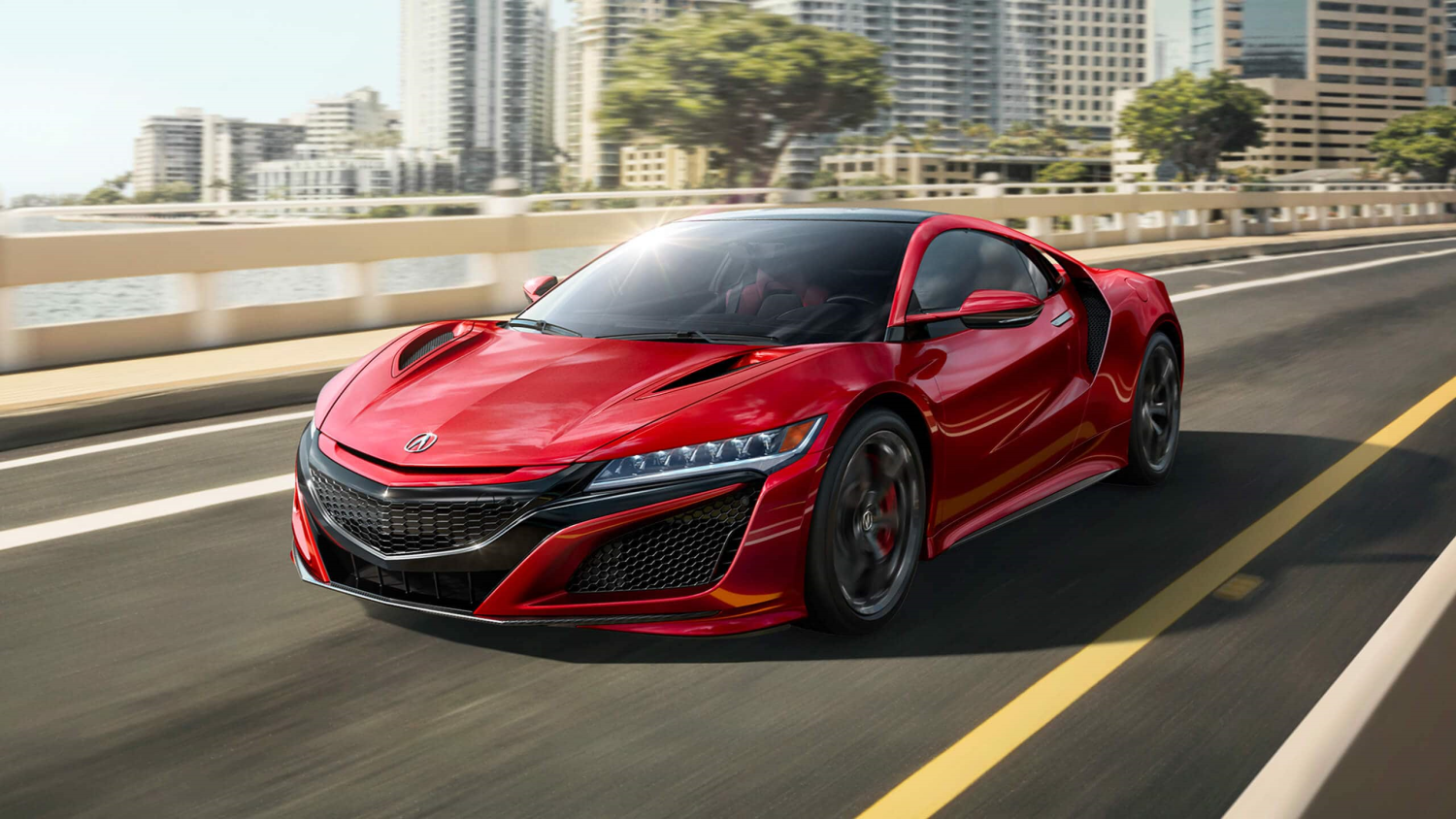 There was one unassailable design rule: Every aspect of the car must serve a purpose. So while NSX aesthetics are unmistakable, they're not simply a matter of allure. Every character line, body panel, shape and crease; every air flow intake and outlet; every proportion and ratio is optimized to support its dynamic performance.

It growls and you're gone. Speed, power and amazing ingenuity live inside this clever beast: a mid-mounted twin-turbocharged, 75-degree, 3.5-liter DOHC V6 engine with dry sump lubrication. It's the product of countless days and nights of relentless engineering, perfected on the track.

NSX is more than one supercar. Its dynamic range flexes to reflect its driver's mood, responding to every input with absolute fidelity. Weekend touring or competitive tracking, commuting or negotiating a mountain pass, it adapts and supports and partners with its driver. That purity of dynamic response extends beyond motion to emotion: the love of driving, with utter confidence. 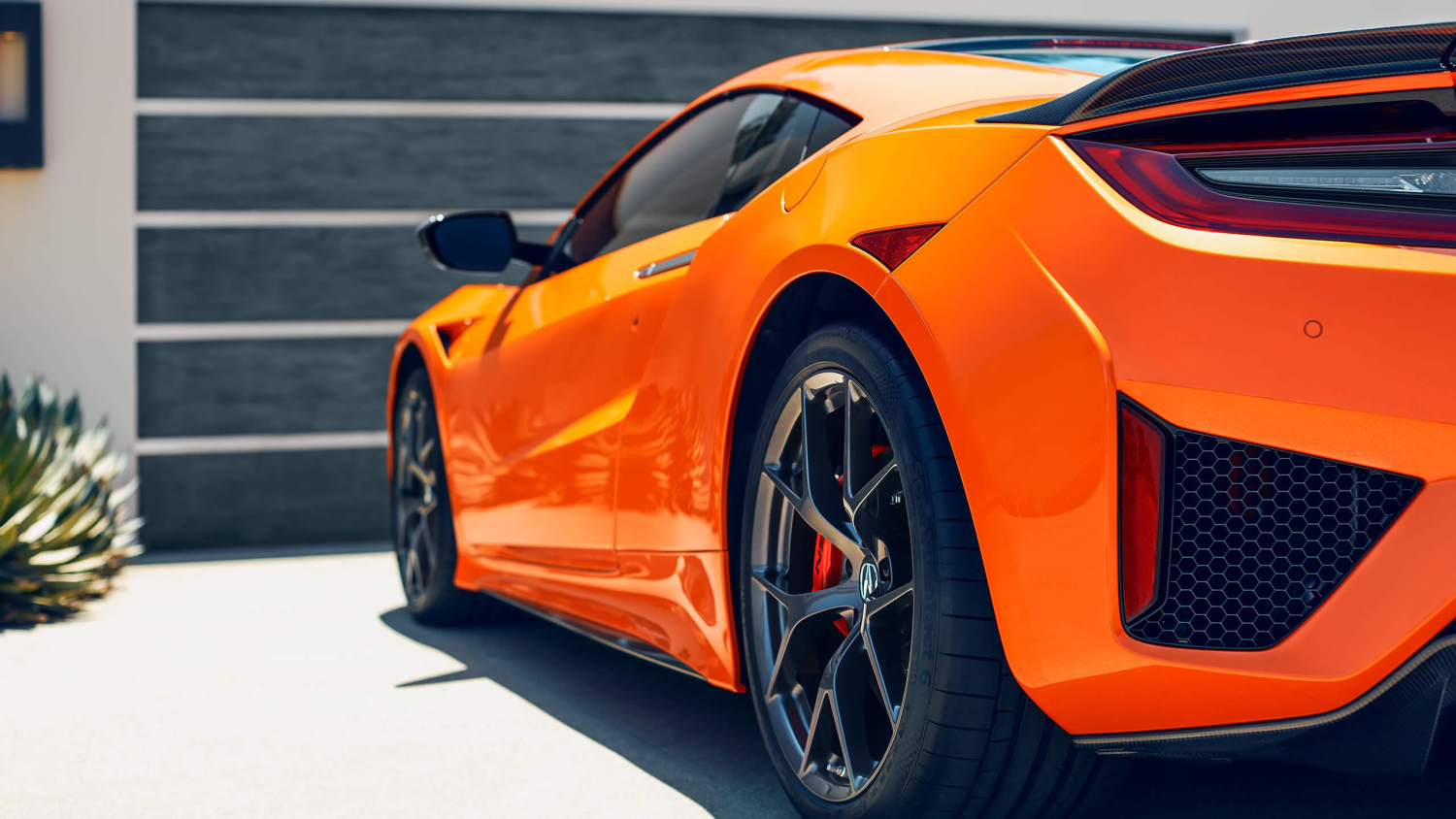 The Beauty of airflow management

The ability to tame wind isn't a myth - aerodynamics is proof of that. The NSX supercar takes it one step further, using artful design to stream air within, without and across the entire vehicle. 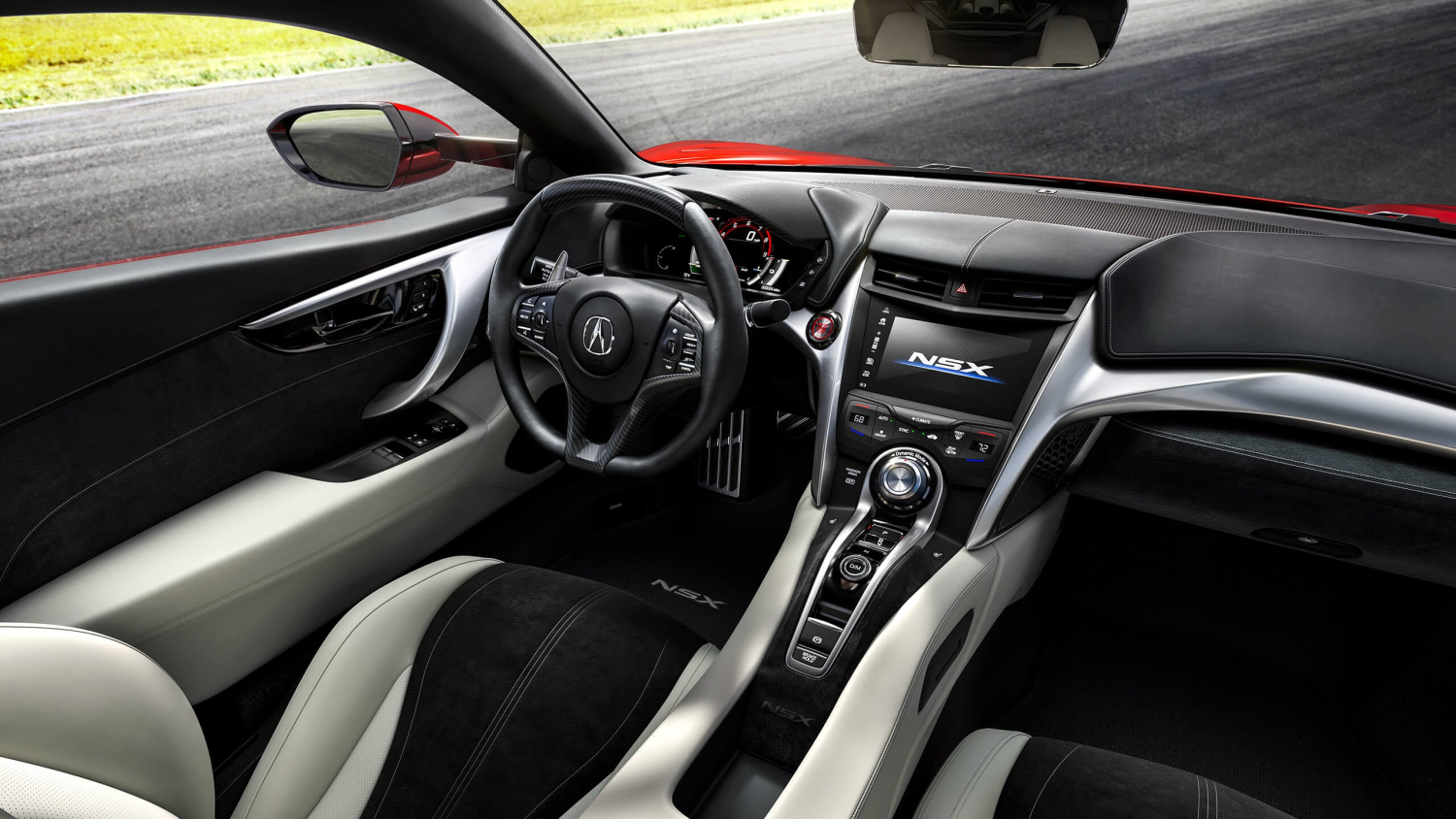 The synergy of man and machine begins here, where the sense of NSX as an extension of self becomes tangible. The wheel grasp, the pedal feel, the seat designed to support its driver through even the most extreme maneuvers. It's a command centre where intuitive controls, unobstructed views and world-class acoustics make every drive extraordinary. 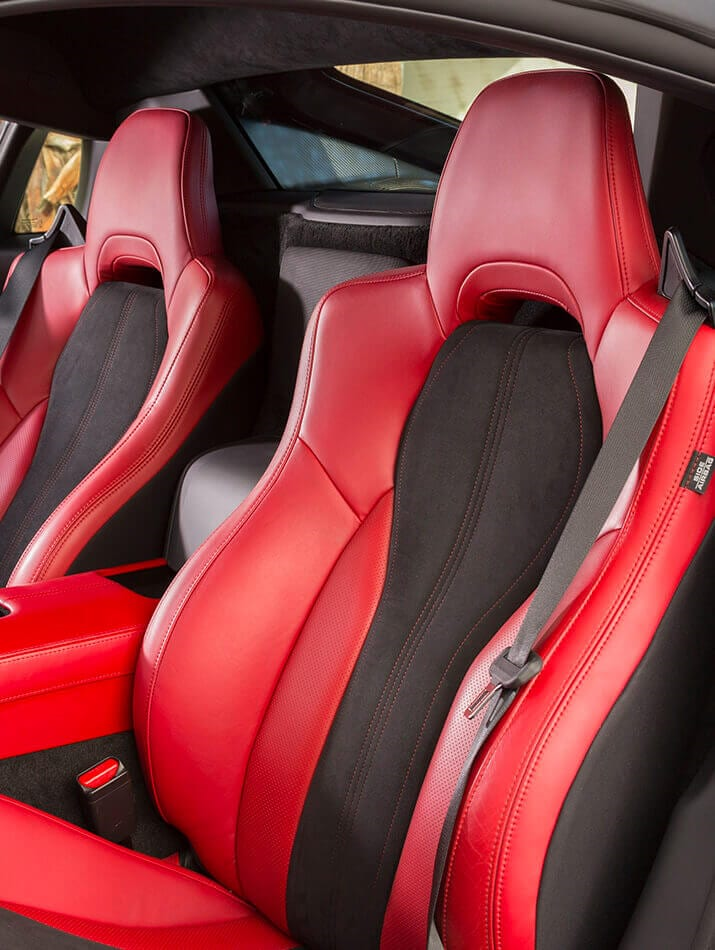 Engineered seating and steering are complemented by minimalist materials, creating a cockpit that balances secure, ergonomic support and freedom of movement. 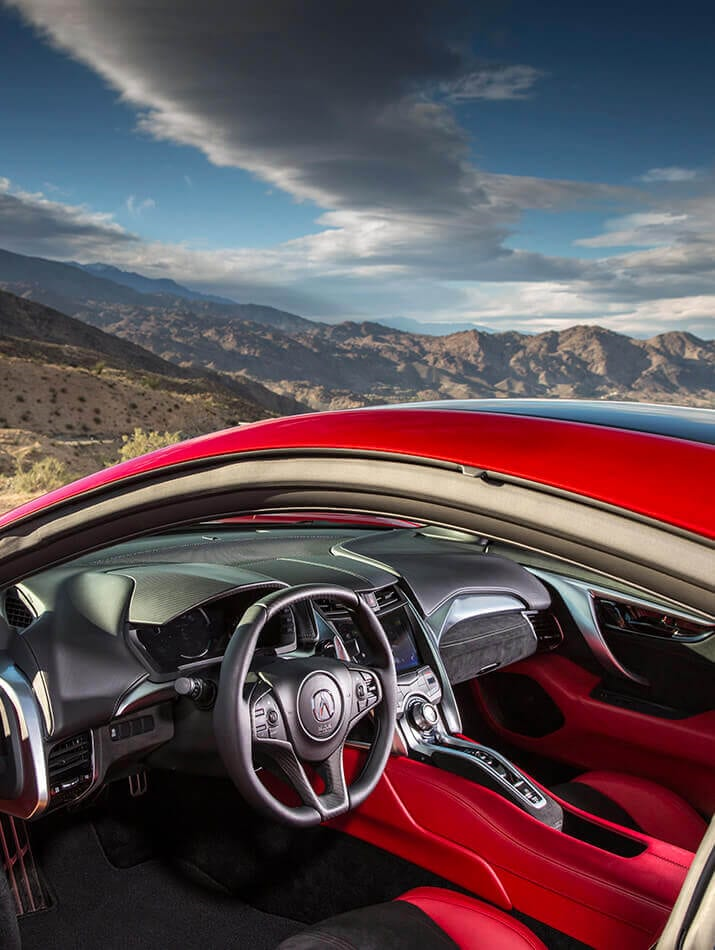 VIEW TO THE HORIZON 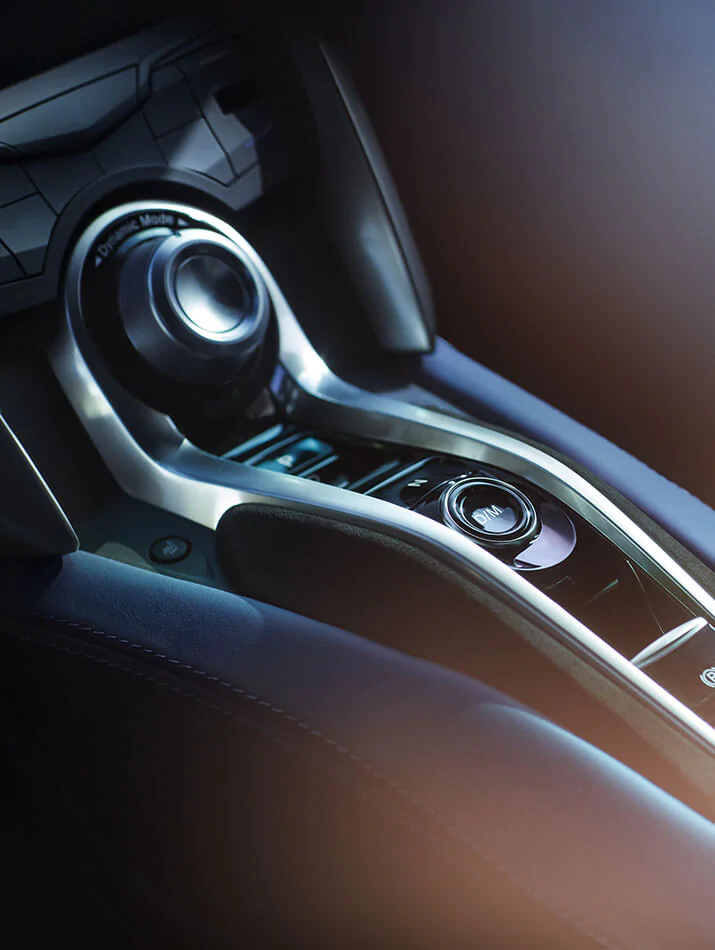 THE POWER OF ACOUSTICS

Leaps from hushed to hellion in a single bound. In Quiet mode, NSX runs virtually silent; in Track mode, every note of peak performance is in full-throated cry. The sound satisfies on a gut level, both on the street and inside the acoustically-tuned cabin, where engine sound correlates with dynamic mode.